Recently, a repulsive video boasting about how clever a welfare queen is for evading taxes and living off the labor of others has begun to go viral. What’s infuriating most people isn’t even her bragging, or her feeding Red Lobster to her dog…it’s what she used her EBT card to buy.

“So this is what the taxpayers paid for,” one young woman with an EBT card said, bragging about her excessive lifestyle. “Is for me to feed lobster to my dog while making a YouTube video bragging about it and mocking America.”

The government assistance programs in our nation have absolutely spiraled out of control over the last eight years, thanks to Obama. Because of other people’s labor, we now have greedy, lazy jerks strolling around with EBT cards buying steak, caviar, and expensive luxury goods.

However, one welfare queen has been enraging millions of Americans on both the left and the right. In the video, she is filmed visiting Publix to buy groceries and even buying live lobster, which costs about $45 per pound. After saying how disgusting it is, she boasts about how she will feed it to her dog.

“I just bought [the live lobster] for the video,” she said. “Why are you allowed to buy a live lobster with your food stamps? So I picked up the biggest juiciest one. Think about people like the grocery store cashier. She would have to work an hour to pay for this lobster and hear I am buying it for nothing.” 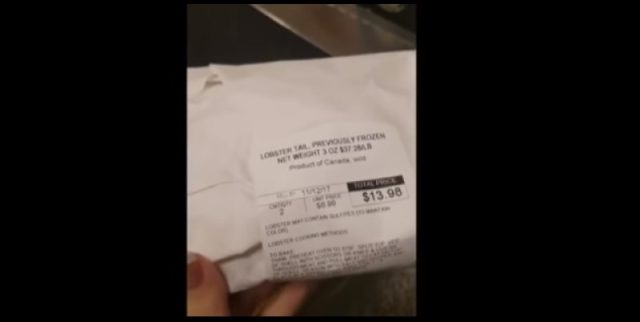 She even goes to ridicules low-wage earners, saying:

“Minimum wage workers can barely afford to feed themselves and their taxes are going toward people buying lobster with their EBT Card. The cashier probably has an old flip phone that gets shut off all the time because she cannot pay her bill. So this is just my normal Smartphone. I don’t need another phone. The government gave me another free Obama Smartphone.”

“This is what minimum wage workers’ taxes are paying for. These are my Coach keychains,” she declared, bragging about her expensive belongings.

“These three keychains here cost more than those people’s car payments. Well actually most of them don’t even have cars they are using f*cking public transportation,” she said.

“If you refuse to work, you can just sit on your ass. I am on Social Security Disability for depression. So if you are too depressed to work full time, just apply for free money from SSI. So this is what the taxpayers paid for: Is for me to feed steak and lobster to my dog while making a YouTube video bragging about it and mocking America,” she claims. 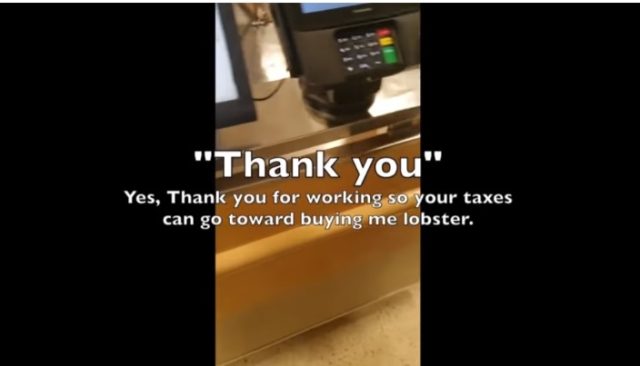 When her video went viral for all the wrong reasons, the smug welfare queen got a nasty surprise. The video was first picked up and published by WFLA News in Tampa Bay. Other sources picked up the video, and she was torched as a result.

One critic wrote, “Since she is bragging about her phones, Coach bag and mocking the working class. She doesn’t need food stamps. They need to just cut all of her stuff and make her ass work.”

“Oh honey you’re in for a big surprise. They’re cutting all that crap off, and you’ll have to get a job!” another commentator posted.

“It is sad that people think they are cool even though they will never own anything more than what other people give them. What a pathetic existence,” one social media user wrote.

“I sent this video to the government. I’m sure you’ll hear from them real soon,” another viewer turned her in.

While one viewer argued that this isn’t a rare situation. “She said, Bullsh*t it’s rare.”

“Welfare is abused way too much. I went looking for an article our local news investigated showing young girls on their 18th birthday going to collect section 8, food stamps, etc. and then they live with their parents and say they live at a different address.”

“Get ready, toots. Reckoning coming right up,” one person warned.

“There are people out there who legitimately need a hand from the government, sure. Others are able-bodied deadbeats looking to game the system. Like Ms. Sassypants. Fanning herself with your dollar, dollar bills,” Steven Crowder, a right-leaning comedian, also took notice of the video and wrote a post about it for his website.

“She’s feeding Fido lobster tails while honest taxpayers are microwaving Ramen and clipping coupons. All thanks to leftists’ bright ideas. Remember Obama’s talk about ‘spreading the wealth?’ Bureaucratic dunces taxing the bejeezus out of you and me, so they can dole out our hard-earned greenbacks to people like this trailer park princess,” Crowder’s website added.