Perhaps it comes as little surprise that a liberal Dane County Board supervisor is pushing to wipe out the Pledge of Allegiance and the word “prayer” from the County Board’s meetings.

Heidi Wegleitner of District 2, who represents the sliver of Madison’s Isthmus that is the city’s radical epicenter, told the Wisconsin State Journal that the pledge and prayer are “divisive.”

“It just doesn’t feel like it’s appropriate for us to be doing, when in a pluralistic society we want to be inclusive and representative,” Wegleitner said.

In other words, faith communities and faithful Americans need not apply. 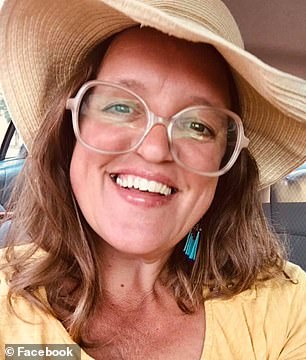 Per Fox 6 in Milwaukee, the board’s executive committee will consider Dane County supervisor Heidi Wegleitner’s proposal at a meeting Thursday.

“It just doesn’t feel like it’s appropriate for us to be doing, when in a pluralistic society we want to be inclusive and representative,” Wegleitner said. “At the end of the day, I think it’s divisive.”

Wegleitner argues that there is an inconsistency in which area governmental bodies recite the pledge at the beginning of meetings. She says that while municipalities such as Fitchburg, Sun Prairie, and Verona take part in reciting the pledge, others such as Madison and Waunakee do not.

Board member Tim Rockwell is opposed to Wegleitner’s proposal and argued that praying at the start of meetings makes the board more inclusive.

“This is all in the same city that is home to the Freedom From Religion Foundation,” said Rockwell, who cited that more than 45% of the county is religious.

Rockwell added that the county’s religious diversity should be “celebrated and not squashed.”

The final decision on the proposal will be made on April 5.

Wegleitner’s agenda, which she wants to foist onto the Dane County Board of Supervisors, apparently includes an explicit rejection of the values enshrined in the Pledge. She “likened opposition to saying the pledge to professional athletes who take a knee in support of racial justice movements when the national anthem is played at sporting events.” Yeah, that’s just the problem.

But she insists that “there’s other ways to show community and shared values,” and there certainly are. Everyone could, for example, pledge allegiance to the gay flag, after the manner of Chasten Buttigieg. Or the members of the Board of Supervisors could all participate in a march for abortion rights, transgender rights, or the right of first-graders to be exposed to sex talk from perversion advocates. That sort of thing is what Wegleitner no doubt thinks of as “inclusive,” not all the Pledge’s “divisive” talk about national unity, God, liberty, and justice for all.